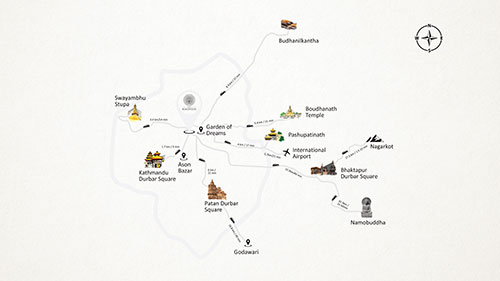 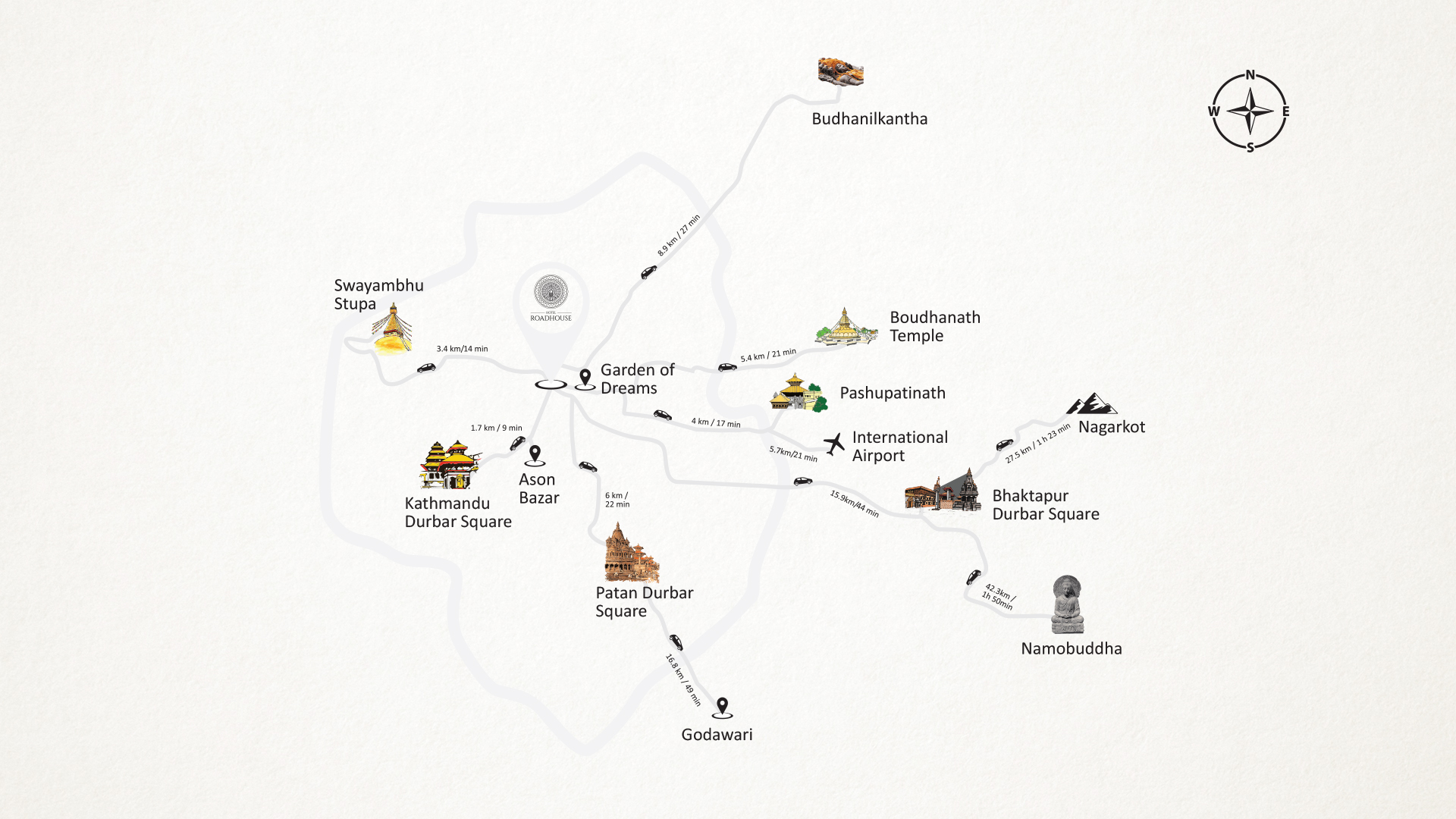 Ason, the most renowned market place in Nepal, lies 15 minutes walk down southeast of the Newari Boutique property, Hotel Roadhouse. Ason has been a center for trading food grains, spices, fresh vegetables, fruits, and foreign commodities since ancient times. It is also a place of religious and cultural events & festivals, happenings that draw people from all walks of life from Kathmandu Valley and beyond.

Kathmandu lies in the ancient India-Tibet trade route and Ason was the pass through the marketplace that made it unique and valuable to all. It flourished throughout the ages because commodities from far away land found their way into the Nepali market through Ason and the Nepali traders were also able to sell their commodities to traders from far and near. The Tuladhar community that lived in and traded with Tibet are mostly from this neighborhood. Ason’s popularity is unmatched even today. The adjoining areas such Bhotahity, Kamalaxi, Tyaura, Balkumari, Indrachwok, and Makhan have flourished into booming business centers because of their proximity to Ason.

Kathmandu’s biggest chariot festival, also known as the White Machindranath Festival takes place in April. The chariot is assembled at Jamal, where a jyapu is believed to have found the deity in his field, pulled through Bhotahity to rest for the night at Ason. Also called Avalokiteshvara or Karunamaya the chariot of this god of compassion is taken to Hanumandhoka and parked for the night in front of the huge Kal Bhairava. The following day, the chariot is then taken to Lagan where it is made to circle a tree that represents the original tree, masima or mother tree. It is believed that the deity was carved from one of the branches of the original tree long ago. The chariot’s rest for the night symbolizes the daughter deity spending the night with her mother. On the fourth and last day, the deity is taken to her home temple in Jana Baha ,Keltole with much fanfare and ceremony.

Dyah Lwākegu Jatra is a much-anticipated festival that takes place in April. This festival is dedicated to three sister goddesses Lumadi Ajimā, Tebaha Ajimā, and Kanga Ajimā meeting at Ason. The palanquins carrying these Ajimās are brought head to head while the handlers exchange burning torches as a symbol of the sisters greeting each other. Each palanquin will have a silver-handled colorful and huge umbrella spinning behind. The devotees accompanying the deities each wear different colored Nepali caps and T-shirts for group identification. Ason Chwok is easily overwhelmed with each group playing traditional music and singing boisterously in praise of their patron goddess. It is an awesome event to watch.

The chariot of Nepal’s most celebrated cultural icon Living Goddess Kumari passes through Ason on the second day, on her way back to her home in Basantapur. The chariots of Living Gods Ganesh and Bhairava passes before hers. Thousands of people lineup to pay homage to them. This festival takes place in October.

The neighborhood community of the Newah farmers and other members of the community pay homage to their patron deity AsonAjimā or Annapurna Ajimā, the goddess of prosperity and abundance. Twelve young girls are selected from among the neighborhood farmers to represent the children of Annapurna. They are ceremoniously offered Kuma, a special meal. Later that night the image of the Annapurna Ajimā is taken around the nearby Jyapu communities of Thahity and Jyatha before she is made to rest for the night in Bhotahity, her home.

Annapurna Jatra is the continuation of the Ason:chaalan. Rested overnight, the image of Annapurna Ajimā is taken to Thaney, upper Kathmandu and koney , lower Kathmandu, of the Jayapu communities, amidst traditional music, much fanfare, and feasting.

The most prominent temple is that of Ason’s patron deity Ansonmaru Ajimā . The three-tier temple is situated at the southeast corner of Ason Chowk. A silver jar filled with rice to the brim represents this Goddess of Abundance.

The two tiered temple devoted to the elephant-headed god Ganesh lies towards the north of Annapurna Temple. Every Newah community has a Ganesh temple.

Shrine to the Celestial Fish lies to the east of the Ganesh Temple, on its left. It marks the place where a fish fell during a rain long ago.

This sunken combo temple devoted to Kumari and Bhairava lies towards the west corner at the mouth of the small road that leads to Nhyakantala and Bangemuda.

Dabu in Newah means stage for performing cultural dances, hymns, and other events. Though there are shops at present, it is vacated for its use during festivals. The two floor satah is behind the dabu. The ground floor has shops and the upper floor has shrines and a hall for singing traditional Newah hymns. The upper floor is not open to the public.